Morclean manufactures and distributes industrial cleaning equipment, frequently niche or bespoke, and it produces a variety of machines including a range of trailer mounted bin wash machines. Its existing range of bin wash machines, namely the Custom, are self contained, light and portable, and the system recycles the water for a full day of washing.

The company developed the first Custom three years ago, and after its launch introduced the 2nd generation machine which benefitted from several improvements. Like most machines on the market today, both systems run from a petrol engine.

During the past three years the company has developed a brand new range of bin wash machines, called the Bin Wash City. In order to achieve this it has been working with battery powered high pressure water technology.

The new City was developed so that the company could provide a totally new concept, which is claimed to reduce fuel costs and C02 emissions. The new City runs entirely on batteries, without a petrol engine.

A spokesperson for Morclean said: “We consider that this is an even better solution for the whole industry than what was previously available in the market place - both from ourselves and our competitors. Like many bin wash machines on the market today, we considered recycling water and saving energy was a requirement rather than an innovation. We felt that machines were making savings for reasons of necessity, legislation and profit as opposed to being totally innovative. So, we tried to excel and improve the machines totally powered by batteries instead of an engine. What we have achieved is a machine that is virtually silent, with little fumes and it's carbon free. We can now provide a quieter, more efficient system. Operators can market their service as truly green, which we feel is a first in the market place.”

In order to establish routes to market, the company opened a hub and service centre in Rotterdam on 1 July 2014. 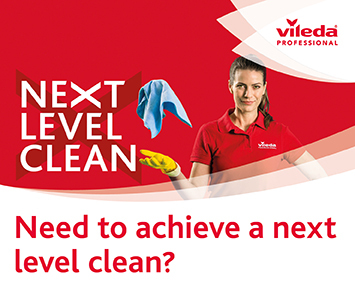